Here is the critical information you need to know about PPP forgiveness, and how you will be impacted as a pharmacy owner based on which state you are filing in.

This information was originally published by the tax foundation HERE.

Many borrowers will have these loans forgiven; eligibility for forgiveness requires using the loan for qualifying purposes (like payroll costs, mortgage interest payments, rent, and utilities) within a specified amount of time. Ordinarily, a forgiven loan qualifies as income. However, Congress chose to exempt forgiven PPP loans from federal income taxation. Many states, however, remain on track to tax them by either treating forgiven loans as taxable income, denying the deduction for expenses paid for using forgiven loans, or both. The map and table below show states’ tax treatment of forgiven PPP loans.

States Do It Differently

Why do states have such different practices when it comes to the taxation of PPP loans? It all has to do with how states conform to the federal tax code.

All states use the Internal Revenue Code (IRC) as the starting point for their own tax code, but every state has the authority to make its own adjustments. States that use rolling conformity automatically adopt federal tax changes as they occur, which is the simplest approach and provides the most certainty to taxpayers. States that use static conformity link to the federal tax code as it stood on a certain date and must proactively adopt legislation to accept more recent changes.

It is common for states to conform to certain parts of the federal tax code but decouple from others. States that use rolling conformity sometimes adopt legislation to decouple from certain federal changes after they occur. Most states that use static conformity update their conformity dates routinely, but sometimes indecision about whether to accept new federal tax changes results in states remaining conformed to an outdated version of the IRC for many years. When static conformity states do update their conformity dates, they sometimes decouple from specific changes on an ad hoc basis. Even beyond the question of conformity dates, there has been a great deal of uncertainty surrounding the state tax treatment of forgiven PPP loans due to how the federal government provided for the non-taxability of forgiven PPP loans.

When the CARES Act was enacted on March 27, 2020, Congress’ intent was that forgiven PPP loans be tax-free at the federal level, which is a departure from usual practice. Normally, when federal debt is forgiven for various reasons, the amount forgiven is considered taxable income by the federal government and by states that follow that treatment. In normal circumstances, this is a reasonable practice. However, Congress specifically designed PPP loans as a tax-free emergency lifeline for small businesses struggling to stay open amid the pandemic, so the CARES Act excluded PPP loans from taxable income (although not by amending the IRC directly). Congress also seems to have intended that expenses paid for using PPP loans be deductible—the Joint Committee on Taxation scored the original provision as such—but did not include language to do so directly in the statute.

In the months following the CARES Act’s enactment, the Treasury Department ruled that expenses paid for with PPP loans were not deductible under the law as it stood at the time, citing section 265 of the IRC, which generally prohibits firms from deducting expenses associated with tax-free income. This interpretation came as a surprise to many lawmakers since excluding the forgiven loans from taxation but then denying the deduction essentially cancels out the benefits Congress provided. Therefore, on December 27, 2020, when the Consolidated Appropriations Act for 2021 was signed into law, the law was amended to specify that expenses paid for using forgiven PPP loans would indeed be deductible.

States Have To Decide

As a result, most states now find they are in one of three positions. States that conform to a pre-CARES Act version of the IRC generally treat forgiven federal loans as taxable income and related business expenses (like payroll, rent, and utilities) as deductible. States that conform to a post-CARES Act but pre-Consolidated Appropriations Act version of the IRC are generally on track to exclude forgiven PPP loans from taxable income but deny the deduction for related expenses. States that use rolling conformity or that have otherwise updated their conformity statutes to a post-Consolidated Appropriations Act version of the IRC both exclude forgiven PPP loans from income and allow related expenses to be deducted. However, in some instances, states have adopted specific provisions on PPP loan income that supersedes their general conformity approach.

State policymakers are now in the position to help ensure PPP recipients receive the full emergency benefit Congress intended by refraining from taxing these federal lifelines at the state level. Denying the deduction for expenses covered by forgiven PPP loans has a tax effect very similar to treating forgiven PPP loans as taxable income: both methods of taxation increase taxable income beyond what it would have been had the business not taken out a PPP loan in the first place. In many states that currently tax forgiven PPP loans, including Arizona, Arkansas, Hawaii, Maine, Minnesota, New Hampshire, and Virginia, bills have been introduced to prevent such taxation, and Wisconsin recently acted to do the same.

This situation is one in which baselines matter: from a baseline of the taxation of the forgiven loans (or the denial of the deduction), conforming to federal treatment represents a revenue loss. If, however, the baseline scenario is one in which forgiven PPP loans did not exist—the status quo ex-ante—then following federal guidance is revenue neutral. This was not revenue that states counted on or expected to be able to generate. However, if policymakers wish to avoid imposing taxes on these small business lifelines, they need to act quickly, as tax deadlines are fast approaching.

For more information on how your state is handling PPP forgiveness, reach out to your tax advisor. To get pharmacy-specific tax advice, DiversifyRx recommends Rx Advisors. They are a full-service bookkeeping, accounting, and tax planning service developed specifically for pharmacy owners. Catch up on the full PPP impact for pharmacy owners HERE. 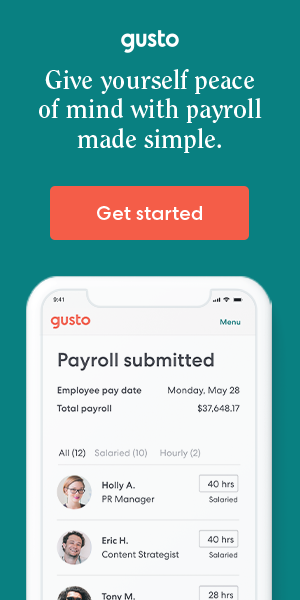 DiversifyRx is dedicated to helping pharmacy owners kick a$$. We strongly believe the key to success is diversifying your revenue streams and maximizing each opportunity that is right for you. DiversifyRx was created by pharmacy owners for pharmacy owners. We have experienced a lot of triumphs and disasters and want to share our knowledge with you. This site contains affiliate links to products or services. We may receive a commission for purchases made through these links.